Last week we came to touch on a subtle point of astrological theory: the transition between signs of contrasting qualities. The Pleiades, as readers of this blog now know, are beneficial par excellence, just as the following mansion, Aldebaran, is well known as an unlucky place. The question naturally arises: How does the transition between these antithetic stations play out?

There is an intervening area (furjah) between the two which is called al-Dayqah, “the narrows”, “the constriction”, for “whoever does anything when the moon is in this area, his actions will be constricted (dāqa).”

There are many examples in world mythology and scripture of similar precarious intermediary states, of the fragility of an interregnum, like the Symplegades for the Argonauts, and in particular the strait and risky transitions of birth and death, the intermediary human states par excellence, famously called bardo in the Tibetan tradition. In Islamic tradition there is a recurrent avoidance of what is called the furaju shaytān, the “gaps of the devil” which are the empty spaces between the ranks of people praying at mosques, which must always be filled, i.e. no perilous empty spaces must remain. 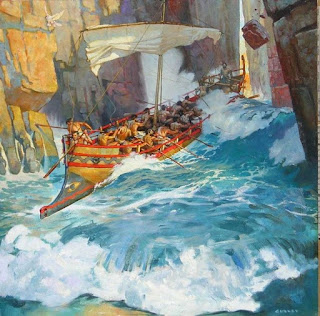 Trying to understand the negative character of this narrow band of heaven (for why should it be negative, and not simply neutral instead?), to make sense of this quality, I wonder if we might use as a ready comparison, even if painful, the predicament faced by most of the world at this very moment. As we try to navigate our liminal period between the end of a pandemic wave and an uncertain immediate future, we may ask: at what point in the cycle of joy and sorrow are we? Is this the perilous prelude of a new birth? In any case, and from a pilot’s point of view, the right attitude is the same Ibn Majid recommends: observe the heavens carefully and all the signs around you, watch over your cargo and your passengers, and sail ahead with caution… [JA]
Posted by Juan Acevedo at 00:13